skip to main | skip to sidebar

1. My favorite food seasoning is hmmm..hard to pick one. Depends on the dish. I like oregano, curry, thyme...the list goes on.

2. My boys in the yard pretending is music to my ears.

3. Lucky is someone who gets to listen to her boys in the yard pretending almost every day.

4. Having a decent variety of Halloween treats available is something I take very seriously.

5. Many people worry too much about their kids eating candy, especially at Halloween.

6. Halloween candy was the last thing I bought at the store. (There's a theme here).

7. And as for the weekend, tonight I'm looking forward to trick-or-treat joy, tomorrow my plans include watching my oldest play soccer and walking with a friend and Sunday, I want to clean out my garden and watch my youngest play soccer. LAST GAME!
Posted by Christa at 10:01 AM 2 comments:

Just today we awoke to a gray sky and decided to stay home all day. We kissed Dad goodbye. My oldest was sniffly and stayed in bed to read. My other two boys and I snuggled on the couch and watched "Charlotte's Web." We talked about how sad the ending is, and that we almost cried, but then we didn't.

My youngest, heart full of good feeling from the movie, decided to make tea and a PBJ for his sniffly brother and he carried it up on a tray for him. Middle boy drew him a cheerful card and placed it on the tray.

I read to them, a book about chemical engineering for kids, and what they liked most about it was how the brother in the story let his sister do something all by herself even when he may have wanted to help her.

We moved on to more books and talked about gravity. "How come the people in Antarctica don't fall off when they fall?" "Could you run and leap from the top of the Earth and land further down on the sphere?" "Mom, I get what's three-dimensional, but what's something that's one-dimensional?"

They danced to Blues music. Middle boy practiced spell-casting in the backyard with his wand that he whittled and embellished on his own. They listened to a bit of The Iliad on CD, and we talked about how one wouldn't know how to pronounce some of the names unless you heard them first.

My oldest played a game on the computer where you can run a mock Congressional campaign. He lost the first election, then he won the second time by a landslide. We discussed the Presidential debate. We watched a math video someone loaned us, and they skipped around to different parts they found interesting.

We ate soup and grilled cheese. "How about Harry Potter?" "Let's watch The Sorcerer's Stone again!" So now they are cuddled up doing that. Later, my youngest will play soccer, but that's all I know. The day is unfolding, full of comfort, choices, and family.

"When the words appeared everyone said it was a miracle. But nobody pointed out that the web itself, is a miracle." E.B. White 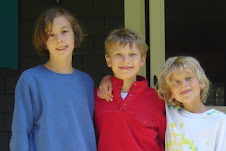 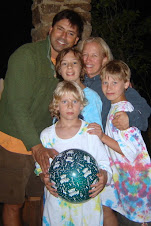 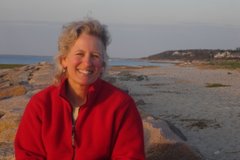 A Holiday for Families who Learn Everyday and Everywhere!!!

Books of note around the house